This section gives some infos about various hardware related topics regarding Overo Wifi.

Overo Wifi solution is based on an Wi2Wi chip based on Marvell’s industry leading 88W8686 which brings 802.11(b/g) wifi.

For 802.11b/g (Wifi) to work on an Overo Air COM or Overo Fire COM, a u.fl antenna must be connected to J2 on Overo Air or Fire COMs. The location of J2 is shown here.

Official Overo pre-built Linux images or developer images contain already support for Overo Wifi. However, wifi configuration depending on your local wifi environment still has to be done.

There is also a thin-firmware driver and firmware that permit you to utilize the mac80211 drives in the Linux kernel. This is useful if you want to experiment with running an AP, 802.11s mesh, or other types of experiments on your Overo.

Note: The two “command 0×00a3 failed” messages are harmless, and have to do with features that are not supported.

For test of basic functionality, do the following at command line (after log in as root / no password):

Some default builds do not enable any Wifi. You may need to edit /etc/network/interfaces to include a section which looks like:

The problem is this setup is not reliable! we’re waiting for a solution.

To connect to the wireless network when the configuration is done, do the following:

Many users have reported issues with wifi data throughput being limited to about 100kB/second. It is theorized this is due to lack of SDIO IRQ support in the OMAP3 MMC driver. A patch is being investigated which reportedly achieves 13Mbps.

Additionally, the driver does not support power management at present. The use of iwconfig power commands such as the following will fail:

Therefore, the wifi module always consumes close to 1 Watt of power when turned on.

If NetworkManager is installed, this would probably not work. Check if it is installed by:

If it is installed, remove it:

Mutexes are used to prevent data inconsistencies due to operations by multiple threads upon the same memory area performed at the same time or to prevent race conditions where an order of operation upon the memory is expected. A contention or race condition often occurs when two or more threads need to perform operations on the same memory area, but the results of computations depends on the order in which these operations are performed. Mutexes are used for serializing shared resources such as memory. Anytime a global resource is accessed by more than one thread the resource should have a Mutex associated with it. One can apply a mutex to protect a segment of memory (“critical region”) from other threads. Mutexes can be applied only to threads in a single process and do not work between processes as do semaphores.

If register load and store operations for the incrementing of variable counter occurs with unfortunate timing, it is theoretically possible to have each thread increment and overwrite the same variable with the same value. Another possibility is that thread two would first increment counter locking out thread one until complete and then thread one would increment it to 2.

When a mutex lock is attempted against a mutex which is held by another thread, the thread is blocked until the mutex is unlocked. When a thread terminates, the mutex does not unless explicitly unlocked. Nothing happens by default.

A join is performed when one wants to wait for a thread to finish. A thread calling routine may launch multiple threads then wait for them to finish to get the results. One waits for the completion of the threads with a join.

Functions used in conjunction with the condition variable:

The logic conditions (the “if” and “while” statements) must be chosen to insure that the “signal” is executed if the “wait” is ever processed. Poor software logic can also lead to a deadlock condition.

Note: Race conditions abound with this example because count is used as the condition and can’t be locked in the while statement without causing deadlock. I’ll work on a cleaner example but it is an example of a condition variable.

When this option is enabled, each thread may have its own scheduling properties. Scheduling attributes may be specified:

The threads library provides default values that are sufficient for most cases. 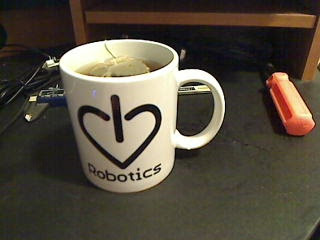 Probe
The probe driver, from the Brown Robotics Group, uses GStreamer to broadcast data to an image topic. The upside of this is that it is very flexible and it is easy to connect to just about any camera. It can also be used to connect to more than just cameras, for example with the right incantations it can be used to connect to things like mjpeg streams sent over http.

On the downside, figuring out the right incantations to get anything to work can take a while. One option is to launch the driver from a terminal, which may make it easier to get GStreamer setup.

usb_cam
Developed by the Bosch Research and Technology Center for their Segway RMP based robot, the usb_cam driver offers good performance and reasonable configuration options. It is also the only driver considered that currently support the camera_info topic. Unfortunately it doesn’t support saving the calibration to a file via set_camera_info. So tricking the camera calibration process into working in the boxturtle release requires editing the source.

uvc_cam
Developed at the Stanford AI Lab, the uvc_cam driver may not have the highest performance but it seems to have more of the camera controls implemented. It also has some interesting support tools included, including a program that can be used to enumerate the available camera devices.

gencam_cu
Over at Colorado University they have developed the gencam_cu driver. This driver uses OpenCV to access the camera. The driver has pretty good performance however there appears to be no way to configure the resolution. It does however support compressed_image_transport which is convenient.

logitech_usb_webcam
Actually, this isn’t another driver, it’s just some launch files that work with usb_cam. 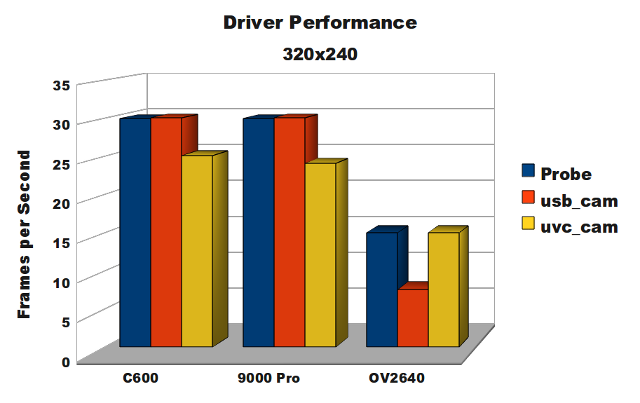 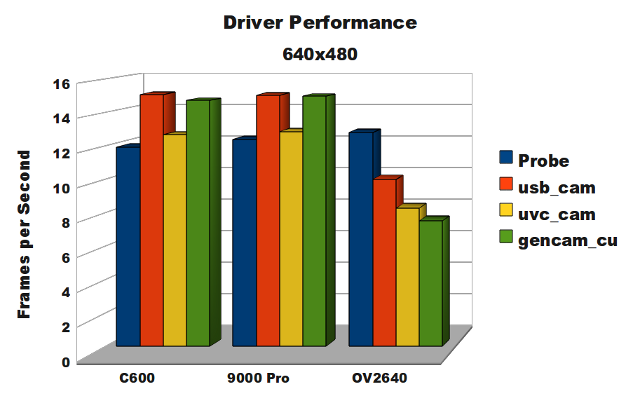